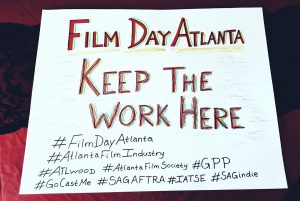 Georgia is now the top market for major film and television productions in the world. There are more big budget productions happening in the state of Georgia than Hollywood, New York, Toronto or North Carolina.

Over 2.7 Billion dollars was spent on production in the state in 2017. This represents a increase of %1000 since the law changed in 2008. With the addition of a tax credit for post production, Georgia is expecting more growth in the entertainment industry for years to come.

Do you have a commercial, music video, or independent film that could benefit from the Georgia Tax Credit? Contact us today and let’s discuss.

I moved from Los Angeles to my hometown of Atlanta in 2001. Not because I was following a trend or even starting one. I have however seen a dramatic change in the city since I got back after living out of state for a decade. LA was a city dominated by the film and television business. News reports often began with reports of the latest in the movie business. While living there, I experienced a couple of strikes that were very detrimental to people I knew. “The business” seemed to have an effect on everything and everyone.

Back in Atlanta, whose economy at the time was dominated by Coca-Cola, Delta Airlines and the world’s busiest airport was suffering from the airline business restructuring. In 2001, they were very different cities who really only had horrific traffic in common.

That was until the Georgia legislature decided to create the most aggressive film tax credit in the nation. Suddenly, films were coming and the infrastructure was built here to accommodate them. Georgia by many accounts has more major films and television dramas being produced here than in California. That’s a dramatic change for the business and the state. Hopefully, the investment here by major studios will remain. Many in California believe they will. Over the last several years multiple large studio complexes have been built. But what about the post-production industry, development jobs and network jobs? Will those come too? What if the tax credits went away?

The Georgia film production tax credit has definitely brought and kept production jobs in the state but has it cemented a place in the industry for Georgia and Atlanta?

Over the last several decades metro Atlanta and the rest of Georgia has grown significantly. It’s not uncommon for a native to drive down a street they once knew intimately and find the landscape unrecognizable from only a few years ago. In fact, the state’s population has been growing at almost 20% for the last decade. Some feel this growth has at least been helped by Georgia’s production tax credit.

Part of this mix has been a huge growth in the creative community. IATSE membership in the state has ballooned from the low hundreds in the 80s to the low thousands now. This means it’s now easy to find talented technicians for producing anything from scripted drama to commercial production. Read more about the good and bad implications for the state here.

Well the numbers are in and things are looking pretty good for the Georgia film industry. According to the AJC, the film industry spent $933 million in Georgia for the year ending in July. That’s up from $880 million the previous year. This is good news for state that had pretty high unemployment since the downturn.

The film and television industry is expected to grow in Georgia over the next few years and as long as the state legislature continues to support the production industry the future looks bright. Expect to see growth in below the line jobs including electricians, camera assistants, carpenters and drivers. 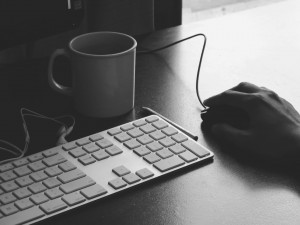